I entered the Indianapolis Marriott Ballroom on Tuesday evening, April 1st to watch the Pecha Kucha sessions at the 2014 ACPA Annual Convention. The room was packed and everyone was enjoying the fast-paced 6 minute and 40 second presentations using 20 slides with each slide changing every 20 seconds. These presentations were fast, fun, and engaging. I, too, was captivated.

But this isn’t the focus of my story. What was going on around me is.

In between presentations I observed the crowd. People were talking and laughing with those sitting or standing close by – old friends, new friends, and ACPA acquaintances alike. With a backdrop of “edutainment,” people were connecting.

In a row near the back, I spotted two colleagues I knew sitting next to each other. They weren’t talking to each other like other folks were. I then realized that while I knew each of them, they likely didn’t know one another. One of these friends was Kristin Carpenter, a colleague from the University of New Hampshire Department of Residential Life. The other friend was Kristin Skarie from Teamworks who I have known through ACPA for a number of years.

The moment I saw them sitting together, I knew I had to connect them. Not only because they had the same first name (even spelled the same!) but also because they have a common interest. Kristin C. loves the outdoors, the environment, and intentional living. Kristin S. recently wrote a book entitled A Year of Nothing New: Tools for Living Lean and Green where she discusses how her life changed when she decided to stop shopping as a hobby which resulted in a renewed focus on deliberate, responsible, local living (check out the book here: http://www.betterteams.com/store.htm). Based on these interests, I figured Kristin and Kristin would hit it off right away. I went up to them, said hi, and introduce them to each other and suggested that Kristin S. tell Kristin C. about her book.

As I headed to another event later that night, I was reflecting on the connection that I made between Kristin S. and Kristin C. That connection reminded me of a concept I learned many years ago as a hall director at UNH. Ruth Abelmann, Associate Director of Residential Life, talked about residential life staff as Tinkertoys because they connect people to each other. The analogy is perfect for any student affairs professional.
If you aren’t familiar with Tinkertoys or Fiddlesticks (their generic kin), it is a set of wooden hubs and spokes that allow the user to create a variety of constructions. The hub has many holes around its circumference into which spokes can be inserted. In the Tinkertoy Postulate, each of us is a hub and we have connections to other hubs via spokes. Thus, I had a connection to both Kristins individually. But they didn’t have a connection to each other. 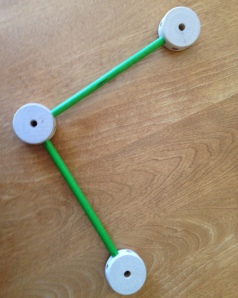 When I connected Kristin with Kristin they created a bond. In this case people are similar to molecules. A molecule is stronger if the atoms that comprise it have many bonds to the other atoms. People are also stronger if they have more connections. They feel integrated and that they matter. 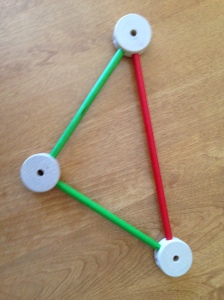 Now, imagine if everyone were to be a hub making intentional connections between other people. We would have a constellation of connections that were integrated and interconnected.

That would be an almost unbreakable net of relationships. Be the hub and connect others.

One thought on “The Tinkertoy Postulate” 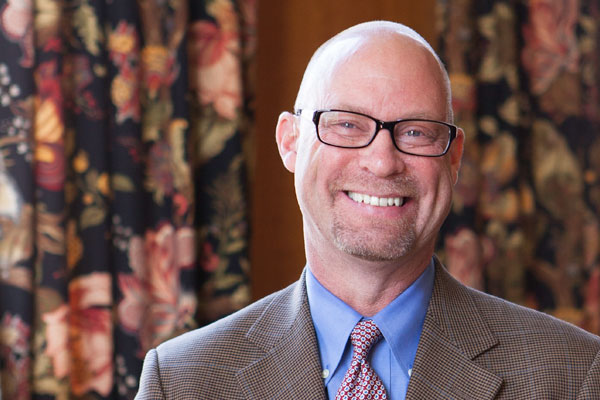 Make an appointment with me to discuss your needs and collaboratively identify solutions to move your organization forward.